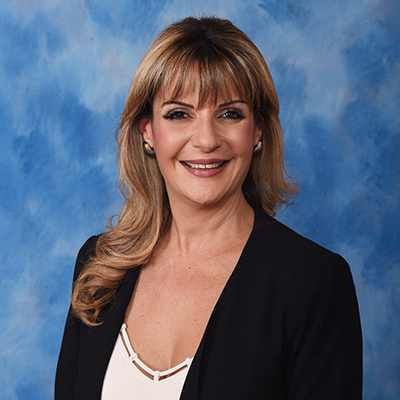 When I first became a CEO, an employee asked why I was still wearing a “nurse” badge buddy and I responded, that although I was a CEO, I am and will always be a nurse first. This comes after graduating from FIU with my BSN in 1982. I continued my education at FIU, and in 1985 obtained my APRN license and certification; this was followed by a MBA and DNP. I always wanted to make a difference in nursing and chose the management track, while working in several specialties eventually becoming a Chief Nursing Officer and ultimately a Chief Executive Officer. I can now make the biggest impact for my staff as they care for our patients. However, even as a CEO, I continued to teach nursing at FIU to assist in molding the nurses of the future. I am also a board member for the South Florida Hospital Association where as a group we influence the future of healthcare. And as grateful and humbled as I am for my career, my greatest accomplishments are my two children, David, who recently took his law exam to become an attorney and Alexis, who is a Registered Nurse, working in Pedi ICU.